Spotlight Sunday…Lori O’Brien! She Doesn’t Fall to Any Excuses!

Did I mention I love these Spotlights?

I have the most amazing people who attend my camps and studio!

Lori O’Brien is one of them for sure. She has been with me since South Tampa Boot Camp started. She is what I call one of my “staples.” I can always count on her to be there and helping me remember when and who is on vacation and etc. (Her and Leaza are great for that).

I asked Lori a couple times if she would like to be featured for all she has accomplished and she just now gave in. She is very modest. But, she also needs to be very proud for all she has accomplished. As you’ll read below she has some great improvements (she forgot to mention her running, too). For all she has went through in the last year, I applaud her commitment to herself and her health. She is a great role model for her kids. Not to forget to mention, most people would have quit exercising and use the setbacks in their life as an excuse, not Lori she has shown us that it is just as important to take care of yourself no matter what happens. Thanks Lori!

I can’t believe it’s already been 1yr and 9 months since I started the South Tampa boot camp!!

Here’s a little background about me.  I’ve always tried to stay active and exercise in some way through out my life.  I played softball and soccer early on as a child.  Then I joined a swim team at 10 years old and competed through my senior year in high school.  At 22, I was diagnosed with rheumatoid arthritis so I felt like it was extra important to maintain an exercise routine.  But there were challenging times especially when my mom had to watch me slide down the stairs on my butt because my ankles hurt too much to walk down…and I was only in my mid-20’s.  But I still pushed through and did cardio and weight machines as much as I could especially during ‘good’ times.  I’ve tried many things to manage the RA throughout the years from conventional anti-inflammatory medication to alternative methods including rotation diet (food sensitivities), acupuncture, and natural supplements.  Back when I was diagnosed with RA, I was scared what my life would look like 20 years later,  but I am extremely lucky that I am currently pain-free from the RA which allows me to participate in camp to my fullest potential!

My boot camp story starts with the groupon I saw in Feb 2010.  It sounded good….kettlebell…what’s that?  So I had to do some research.  It took me most of the day to finally decide to purchase the groupon….really??  And it was only $39 for the month…geez, should have been a no-brainer!  Anyway, I wanted to start right away since my family was going on a cruise in April.  My thought was maybe I would look a little better by then.  I felt like I had a few extra pounds to lose and had been working out at the YMCA for years.  My body had gotten used to the exercises I was doing, so I wasn’t making much progress there.  I was nervous the first day I showed up to camp but it didn’t take long to feel ‘at home’.  I will never forget that first week when I dreaded the stairs in my home among other things.  I never thought I could be so sore everywhere!!  I was hooked and felt like I was getting stronger over the months.  I began to realize it once Carrie ‘made’ me start doing my pushups on my toes instead of my knees….are you sure I can do that??  Of course, I could and I did!!  I’ve also worked up to using one of the heavier KB’s that Carrie sets aside for me 😉  Another confirmation that camp was working for me came about 9 months after starting when I went for my yearly physical.  In the past I’ve usually had a decent HDL (good cholesterol) level that remained in the upper 60’s but at that visit it had jumped to 97!!!!  Wow I couldn’t believe it!  The Dr asked what I was doing and said continue it….and I did.  I definitely make it my priority and hardly ever miss a class and have even gone to some 6am classes in Brandon instead so that I would still get my workout.

I have 2 wonderful kids, a son Liam (12) and a daughter Aedin (9).  This last year has been challenging for all of us to say the least.  Our family moved out of our ‘dream home’ because it was built with toxic Chinese drywall.  Shortly after that, Aedin was diagnosed with celiac disease (autoimmune disease that damages the small intestine when she eats gluten), so we had to learn how to go gluten-free.  And now I am in the middle of a divorce and trying to figure out our ‘new life’.  I feel that boot camp has really helped me cope throughout these stressful times and it’s comforting to know that it is one thing that is stable in my life.  Thanks Carrie, I couldn’t have come this far without you!! 🙂 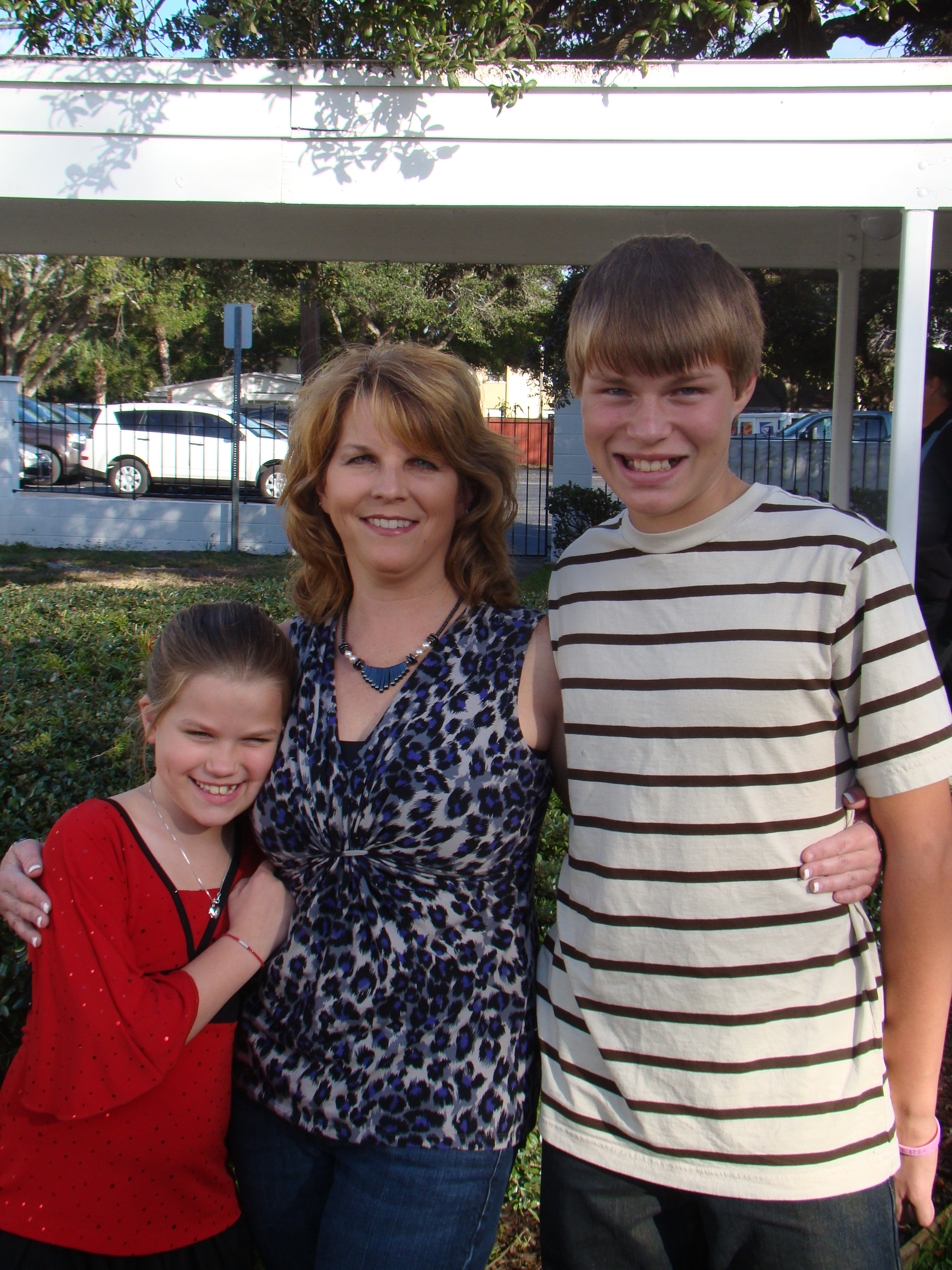