I continue to learn more myself about my clients through their stories! When I first meet or spoke with Robin, she was on a mission to find people for me to offer another boot camp time. She was ready to make some changes and her friend (who we all love) said she had to do it with Carrie! Robin was VERY persistent in her efforts. I couldn't help but want to help her as hard as she was trying. I decided to give it a chance. We dream of people begging to change their lives, I felt I had to make this happen for her!


She has been with me ever since and she has been extremely dedicated and has accomplished MANY of milestones along the way. I'm VERY proud of her and consider a true friend and client. This year she has transformed herself tremendously. You will see how great she looks below.


Here is her story…

I hate to exercise.  That is what I have told myself and others since I was in the sixth grade.  I believe that I was blessed with asthma because it allowed me to sit on the bleachers during my high school P.E. classes and think that the elusive “endorphin rush” is a myth propagated by the fitness shoe industry.  I have been unhappy with my weight as long as I can remember (despite my diminutive stature, I have always been “thicker” than others), but in my teens and early twenties, I was active enough that legitimate exercise was not required to keep my size under control.  When I hit twenty-five, however, all of that changed.

Suddenly, I couldn’t drop a couple of pounds simply by skipping lunch and dinner.  If I was going to control my weight, I would have to exercise.  I gave walking a try, but found it boring.  I tried a couple of exercise videos, but always managed to find excuses to avoid using them regularly.  Nothing I tried interested me enough to stick with it, so I threw in the towel and gained forty pounds.  I was absolutely miserable; I was sickened by what I saw in the mirror, but my negative attitude towards fitness prevented me from taking action.  I was literally and metaphorically immobilized.

After some time, my very concerned mother gently confronted me about my weight.  She reminded me that I come from a family with diabetes, heart disease and stroke on both sides and, if I wanted to live a long, healthy, pain-free life, I would have to get up off the couch and MOVE!  My eyes were opened.  I would lose the extra pounds and become a fitness fanatic!  While my will was forever changed, one thing hadn’t: I still hated to exercise.  I tried EVERYTHING to stay interested.  The Firm DVDs?  Tried them.  Stationary bike?  Tried it.  Pilates, yoga, NYC Ballet, and rebounding?  Tried it, tried it, tried it and tried it.  I was sticking with it, but dreaded every single workout.  Just when I was becoming desperate for something new, my dear friend, Jessica Herndon, told me about Carrie.

Jessica had been attending Carrie’s workouts with great success.  At that point in my journey, I was fit enough to not be intimidated by the idea of “boot camp” and was intrigued by the novelty of it.  On January 4th, armed with like-minded companions, Shea Graff and Heather Thomas, I began my own adventure with Carrie.

I’m not going to lie – I’m still not a big fan of exercise.  But one thing that Carrie’s workouts offer (and others have not) is TOTAL FREEDOM FROM BOREDOM!  I never know what kind of workout I’m walking into from day to day.  Carrie keeps my mind stimulated and my muscles confused.  Another unexpected bonus from working out with Carrie is the second family I’m suddenly a part of; there is always someone there to keep me entertained and hold me accountable.  Both of these benefits keep me coming back and have yielded amazing results.  I am stronger than I’ve ever been, have better energy, and have lost countless inches.  If you are on the fence about working out or just looking for something new, I promise that Carrie and Get A Grip Total Fitness will NOT disappoint! 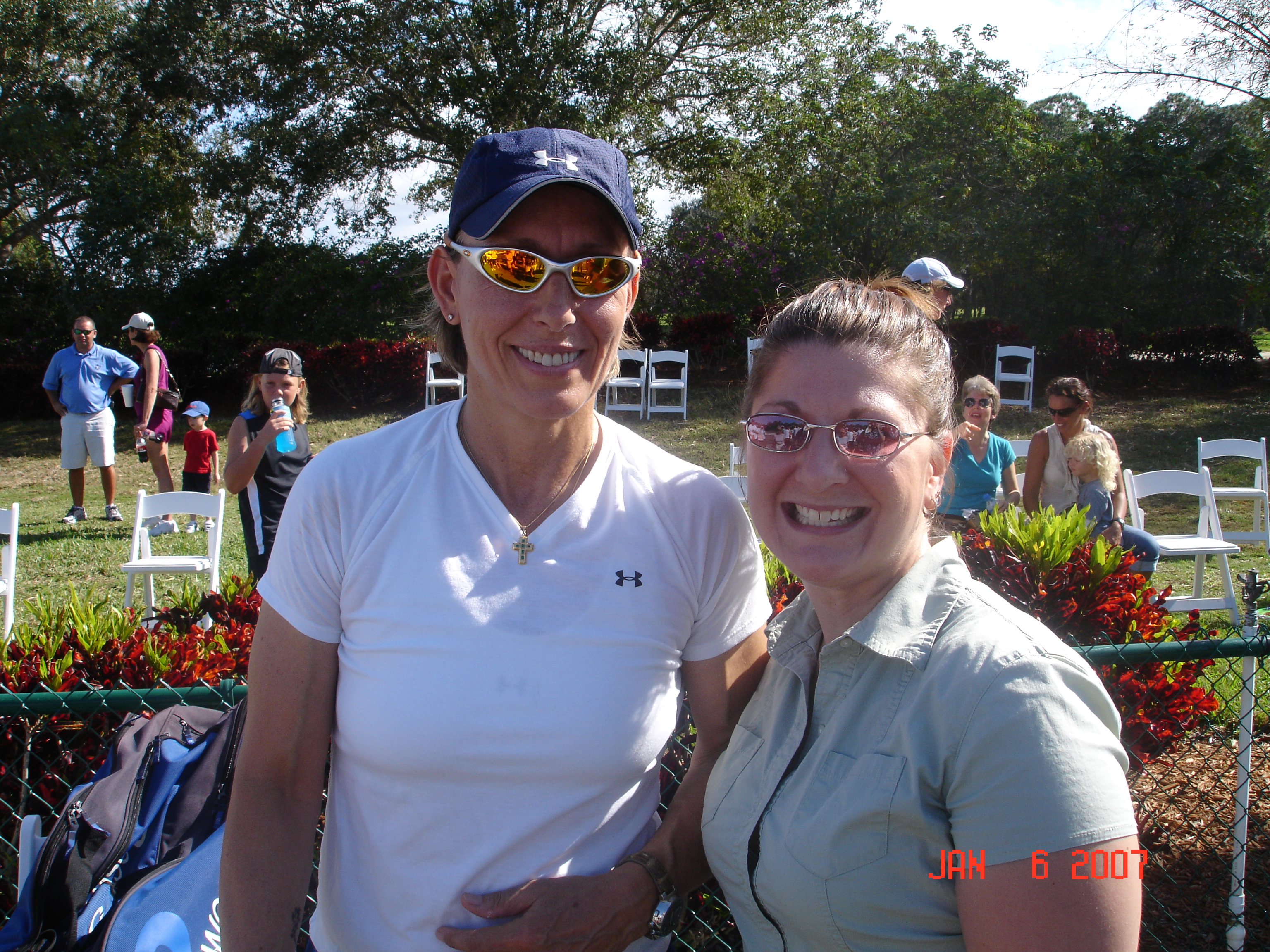 Before Pic – Robin on the Right!